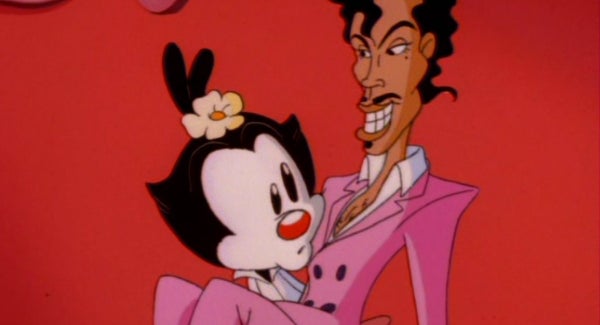 Cartoons are made for kids, but they’re made by adults — adults who understand that parents make up a good deal of their audience. Because of that, a lot of animators bury sexual innuendos, drug references, dirty one-liners or other adult-themed jokes within the spit-shined world of their shows. Sometimes subtle, sometimes not, the jokes are intentionally crafted to fly over kids’ heads and kerplunk into the ears of older viewers. And there are more than you might think. SpongeBob SquarePants is once caught watching sea anemone porn; the grandpa on Hey Arnold! talks about getting baked; hell, even Rugrats got in on the action. Here, for your viewing pleasure are 50 very adult jokes shoehorned into classic kid’s cartoons.

The Animaniacs was full of subtle adult humor that flew over kids’ heads, including this genius line where Dot’s confusion of prints versus Prince leads to an extremely dirty innuendo.

The Powerpuff Girls explain to their new friend Robin that the Professor created them in a lab by accident, which prompts Robin to reveal that she came into existence under the same circumstances. The Professor’s face says it all.

Fred and Barney’s trip to the costume shop leads to a beautifully subtle joke about Barney’s two “heads.”

Every time he sees a beautiful woman, this wolf’s body involuntarily springs up to resemble a certain organism. Hell, there’s even the great boing-oing-oing noise. 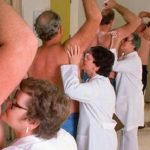